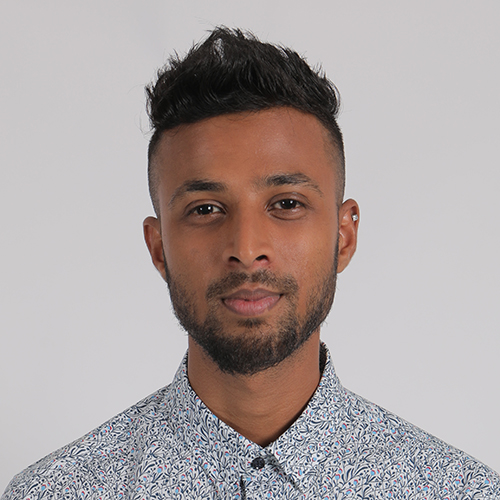 Sairuban Ramakrishnan better known by his stage name MC SAI is a Rapper, Songwriter, Lyricist and Record Producer of British Tamil Origin. He is Ceo of Oru Nation Ent. He is recognized as one of the pioneers of the Tamil independent music industry in Europe and America.

Born in Jaffna in 1991, he moved to Germany at the age of 3. Finally settling in London. He began stage performance at a very young age and has been actively involved in many charity based organisations.  MC SAI first began his musical career at the age of 16 and release his LP.   He has gone on to release two albums, including acclaimed albums Simmasanam(2012), Thula (2016), BRB (2014).The albums released to widespread critical success and solidified his standing in the Tamil music industry.

In 2019 the team has seen the success of Nenjinile Rebirth, Nan Kudikka Poren & Vaeraan Album.

In 2021,  he collaborated with KBS Entertainment, a record label based in Germany, to introduce the new and upcoming artist to the Tamil independent music industry.

His first mainstream Tamil song in the Kollywood film industry is the song “Muruga” from the movie  Yaadhum Oore Yaavarum Kelir, rapped alongside Silambarasan TR, the song is composed and produced by Nivas K Prasanna.

He is still actively making music and enjoying success in the industry.